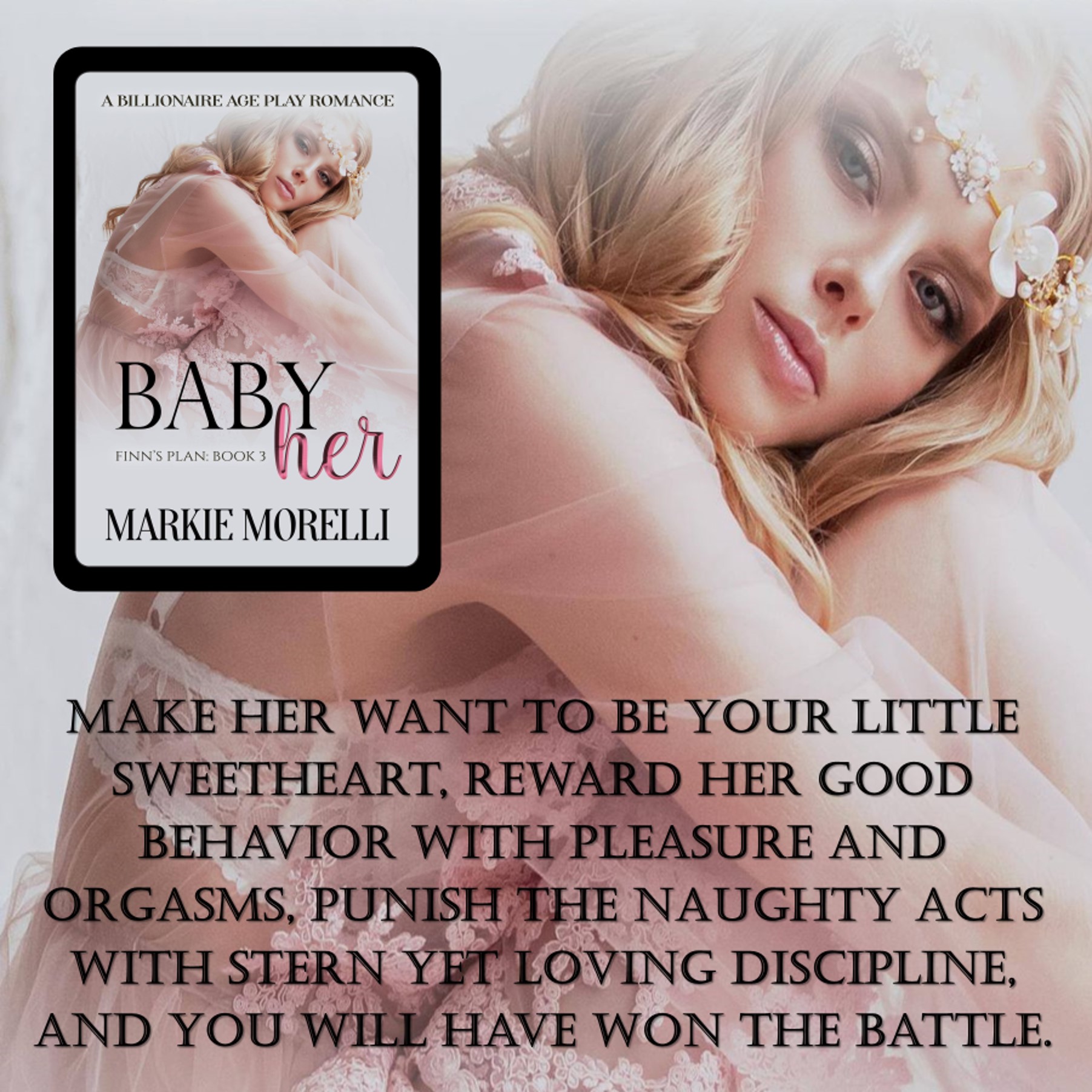 Billionaire Finley Tremont has it all planned. He’ll find the perfect girl, marry her and they’ll live happily ever after, all while he explores his passionate desire to be a Daddy Dom.

Step by step he moves forward, creating the perfect nursery, falling in love with the adorable Trisha, and convincing her to marry him. Trish even agrees to indulge the man she loves and let Finn try to be her daddy/husband, a stunning concession he was never certain of receiving. He’s carefully researched every available source for information and guidance on the proper care and discipline of a little, spoken with other Daddy Doms, and is convinced he’s ready to take on this exciting and challenging new role.

On top of the world, Finn is delighted, assuring himself it would be clear sailing from here on out. His bride is the perfect combination of naive and naughty. What could possibly go wrong at this point?

It seems his charming little bride has some ideas of her own and despite his carefully laid out plans’ things are about to get complicated as the babying begins. Apparently, Finn is not quite as prepared as he imagined and Trisha is not as compliant as she seemed. Their new dynamic is going to take some work if they want to merge their desires and personalities into a lasting and loving marriage. 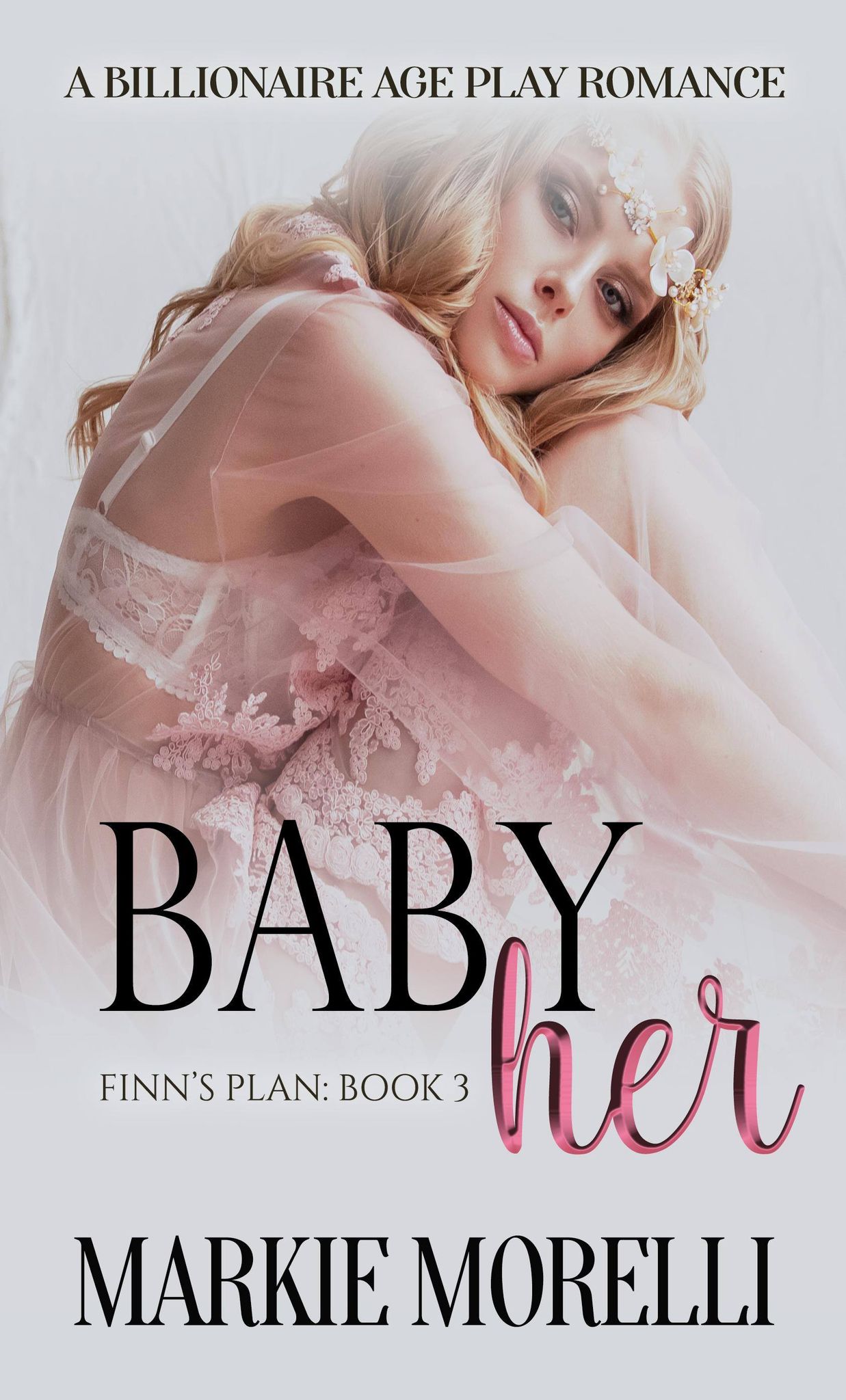 Slowly he opened her robe, baring her breasts. He stepped back and watched as her nipples hardened into twin peaks. Smiling he picked up her hand and kissed the palm.

“You are so lovely,” he said on a sigh. “Sometimes I can’t believe your mine to love and play with, or that you agreed to indulge my fantasies.”

“Is this to be a fantasy then, or a way of life?” Trish asked meeting his eyes.

“Both I think,” he replied. “Obviously I can’t keep you tucked away in the nursery forever. Our friends would begin to wonder what strange and naughty things I was doing to you up here,” he teased.

“Don’t worry, sweet baby. We’ll find a balance that works for us,” he assured her as he leaned over her. “But for now I have to taste these tempting little berries.” Taking her nipple into his mouth, Finn began to tease and torment the tender nub while she squirmed. Once it was red and elongated he moved to the other. He continued to toy with the first nipple until the other one was also erect and throbbing.

“You’re incredibly responsive sweetheart,” he praised as he admired his handiwork. “Someday I might buy you some pretty little jewels to adorn these. Maybe bells,” he mused as he walked to the end of the table.

“Yes, I’d like hearing their musical tones as you run to my arms,” he said firmly. “It would give new meaning to the term ‘you’d better come running with bells on’,” he concluded with a chuckle as he spread her legs, bending them at the knees. Leaning down he pressed his face into her now hairless crotch and sniffed.

“God, you smell so good,” he proclaimed almost proudly. “I love the sight of you, the feel of your bare kitty,” he continued as he drew a finger from her mons to her bottom hole. “I want to eat you up like a sweet little treat.” He licked his lips.

“What’s my name?” he demanded a bit harshly.

“Daddy,” Trish replied with a shiver.

“That’s right, now you be a good little girl. Daddy has some things he going to do to you and for you and I don’t want any nonsense. Do you understand?” 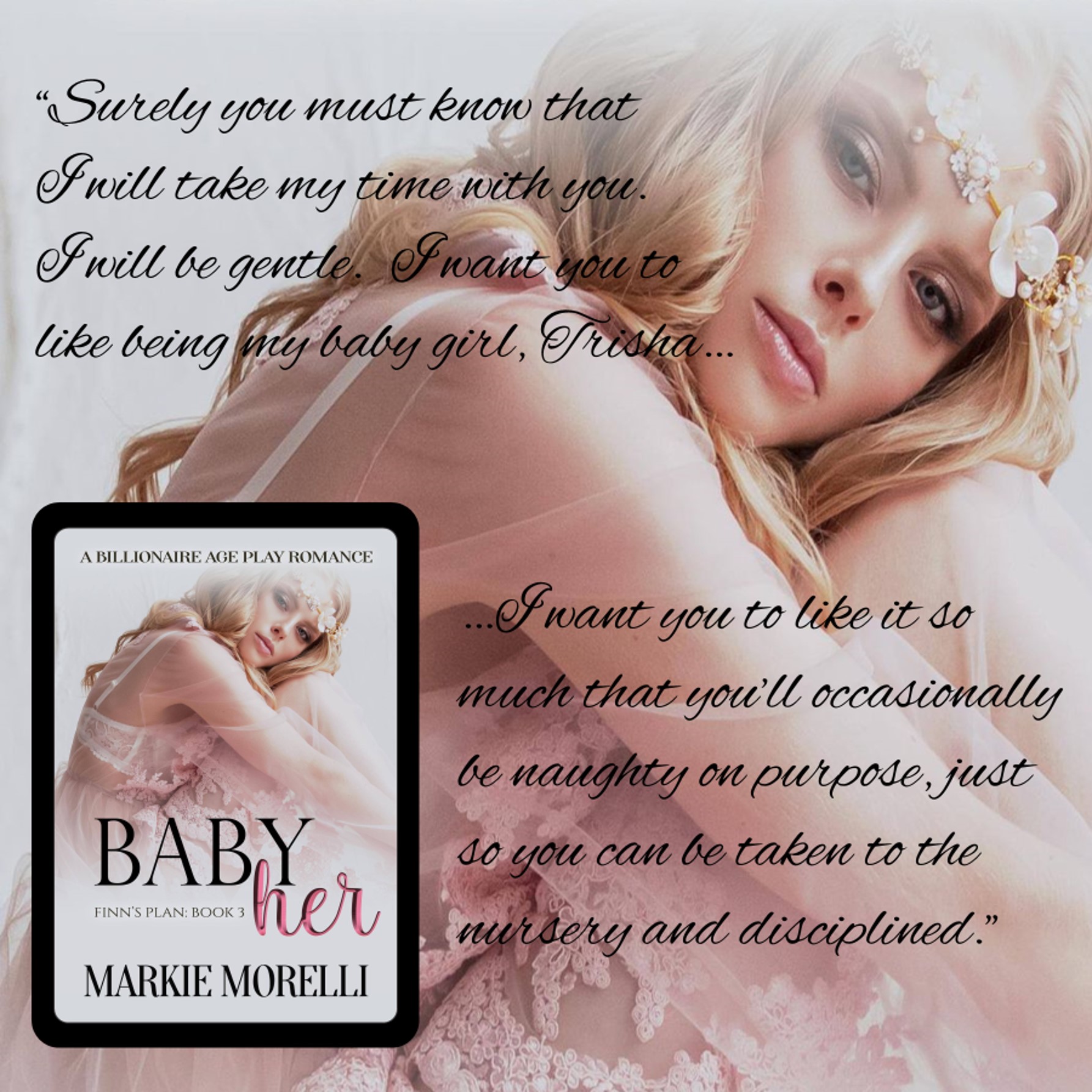 “What is it you wanted to discuss?” he asked coolly.

She flinched at his tone. Then she looked into his eyes. Despite his stern demeanor, they seemed wary and maybe a bit disappointed. Suddenly it occurred to her that he feared she was going to renege on her promise.

It was tempting, but she’d given her word. She did not take that lightly and she had said she would at least give his lifestyle a fair chance. It bothered her that he would assume such a thing and she intentionally let her shoulder relax and sighed. Scooting back in the chair she curled her legs up in a more comfortable albeit childlike position.

Trisha sent him a smile that was meant to be reassuring and he seemed to respond, leaning back in his own chair. Still, he said nothing, clearly waiting for her to begin. She cleared her throat.

“I was wondering if there are any boundaries.”

“What sort of boundaries?” he asked looking directly at her.

“I know that once we walk into the nursery, you are in charge,” she replied choosing her words carefully as she tucked her hair behind her ear.

“Well, is nothing to be off limits? Is there to be no prior discussion?”

“You have a safe word,” he reminded her smoothly.

“Yes, I know that, but I hesitate to use it,” she admitted.

“Why? You insisted on it?” he asked curiously.

“Because I know if I do, everything will stop immediately, and it might be something I would eventually enjoy if we took things a bit…slower,” she said.

“Did something happen last night that I missed?” he asked, leaning forward in his chair, his hands clasped. “Are you going to deny the fact that you had an awe inspiring orgasm?”

“No, I’m not. It was fantastic, but I felt it was forced on me, as though I were simply a doll you were playing with,” she snapped back.

Finn almost crashed back into his chair, clearly shocked.

“That was not my intention,” he barked out.

“I know it wasn’t,” she gently responded. “I know you were trying to please me.”

“Then I don’t see what the problem is,” he admitted, shaking his head.

“The problem is that for you it seems natural, a lifestyle choice you’ve wanted for a long time. I, on the other hand am playing a game, your game. Physically you can make me respond. I guess we both know that. Emotionally, I felt like I was left out in the cold, alone.”

“I don’t understand why you would feel that way. I tried to be gentle and I cuddled and rocked you afterward,” he slowly drawled. “All the information says…”

“That’s just it,” she said firmly. “It was as though you were following some sort of script. You were there, but you weren’t. I don’t know,” she sighed. “Maybe you were afraid of making a mistake. It almost seemed like you were someone else.”

Finn seemed to be quietly considering her words for a long time and Trish ended up fidgeting on her chair. Finally he leaned forward again and looked closely at her.

“What would you have changed about last night?” he asked gravely.

“I would have liked the evening to end with you making love to me, as a man makes love to a woman,” she softly admitted. “I would have liked you to take me to our bed. I know the daddy role is something you feel, something that’s part of you. It’s not like a cloak you can take off and put on at will, but it’s not like that for me, not yet anyway. Do you understand?” she asked pleadingly.

“I’m trying too,” he replied solemnly.

“We’re going too fast. I don’t mind playing your daddy games, and for me that’s what it still is, but I want to be treated like a woman afterward.”

“Baby, even when you’re being your best all-grown-up woman, you still act like a child occasionally,” he replied with a smile.

“I know that,” she hissed, “but I am trying. “Everything in my life is brand new, the money, living in this beautiful if slightly overpowering house, being a wife and being a ‘little’. You have to give me time, Finn,” she insisted. “I’ll freely admit I like being babied most of the time. I love being cared for. I love that you’re so concerned with my well-being and safety, but I need some room to breathe. I need time to adjust and I need a life of my own as well.”

“So what do you suggest?” he asked. “Not that I’m ready to agree to any changes, but I’d like to hear where this is heading.”

All in all, Finley Tremont was a very happy man. A world of exploration and sexual pleasure awaited him and he’s where he always wanted to be…in control.

Here's how to connect with Markie/Stevie:

Sign up for her newsletter and receive a free book.

Join her Facebook Group, Stevie’s Sidekicks, where you’ll get to know her and a number of fabulous readers and authors.