What makes a man - or a woman - want to invest in a speck of uninhabited land in the middle of the ocean? 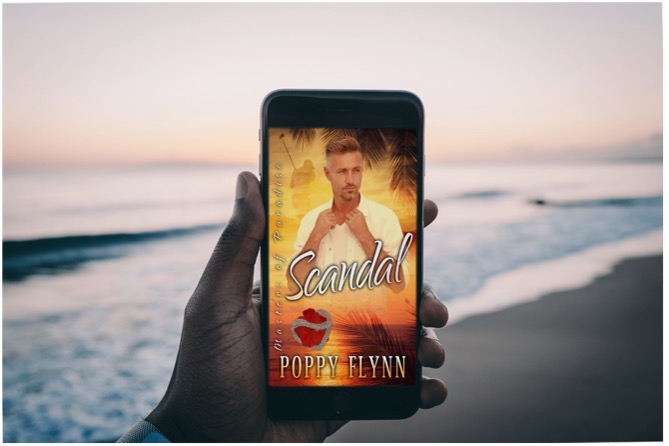 What makes a man - or a woman - want to invest in a speck of uninhabited land in the middle of the ocean?

The lure of a lovers paradise on a tropical, private resort might be a temptation, but what sort of person wants to invest millions and build it from the ground up?

Usually one with a story to tell.

One who's running, hiding, or incognito. Or maybe someone who wants to stick their middle finger up at the world.

Find out, when you meet the Masters of Paradise. 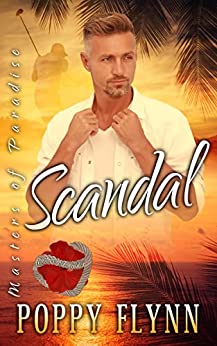 Dallas Johnson has already weathered one scandal. It took away his profession, his livelihood, and his good name… and he wasn’t even at fault.

He really doesn’t need another.

But when the lawyer who saved his hide comes to work for the Eden Resort, sparks fly.

The trouble is, Mia is young enough to be his daughter. And Dallas is definitely old enough to know better.

If he gets embroiled in another scandal there’ll be no one to blame but himself.

Mia groaned when she rolled onto her back, her sleep filled brain forgetting the discipline paddling which had forced her sleep on her stomach.

It was her own fault of course, first for topping from the bottom, but more for failing to mention that it had been almost four years since she’d last had her ass spanked.

The omission - she’d rather call it that than a lie - was on her.

She was both mentally and physically out of practice, and so was her butt.

Still a smile crept across her face as she recalled the scene with Dallas. Even his punishment had been perfect. Stern and deliberate. No messing about or going easy on her.

She wiggled her bottom experimentally against the sheets, purposely reigniting the sting this time. Her hand snaked down her naked body and she was oh-so-tempted to take care of the unfulfilled ache Dallas had left her with.

Her fingers drifted across her mons and circled her clit. She was so sensitive that it wouldn’t take much to get herself off… Dallas would never know.

Mia bit her lip, her hand stilling. But she would.

It was at that moment she remembered something else. The fragment of a memory which had been forgotten in her post endorphin haze.

“Bastard!” she shrieked out loud as she dived off the bed, totally naked, and turned to inspect her butt cheeks in her floor length mirror.

“Fucking bastard!” she repeated, craning her neck awkwardly over her shoulder and peering down in an attempt to see better.

The position wasn’t ideal, and Mia resorted to grabbing her phone and taking a photo which she proceeded to enlarge. But for all her denial she already knew that in very deliberate placements, all over her ass cheeks, was the word ‘Brat’.

She rubbed her hand over her rear. It didn’t really feel any different from the rest of her skin, but the devil inside her had Mia sinking down on the edge of her bed and gazing at the photo, taking in every nuance of it.

She’d always disliked being called a brat, since she didn’t consider herself to be one. Although most Dom’s would probably disagree on the balance of her behaviour so far.

But somehow, despite that, this little parting gift Dallas had left her with to remember him by just made her all gooey inside.

Shit! She was beyond fucked. The guy owned her and he didn’t even know it. And suddenly all thoughts of slyly bringing herself to a secret orgasm, against Dallas’s express orders, faded away.

She was going to prove to him just how good she could be.

Poppy Flynn was born in Buckinghamshire, UK and moved to Wales at eight years old with parents who wanted to live the 'self-sufficiency' lifestyle.

Today she still lives in rural Wales and is married with six children.

Poppy's love of reading and writing stemmed from her parents’ encouragement and the fact that they didn't have a television in the house.

"When you're surrounded by fields, cows and sheep, no neighbours, no TV and the closest tiny village is four miles away, there's a certain limit to your options, but with books your adventures and your horizons are endless."