IN HIS ARMS: A Standalone in the Nature of Desire series by Joey W. Hill 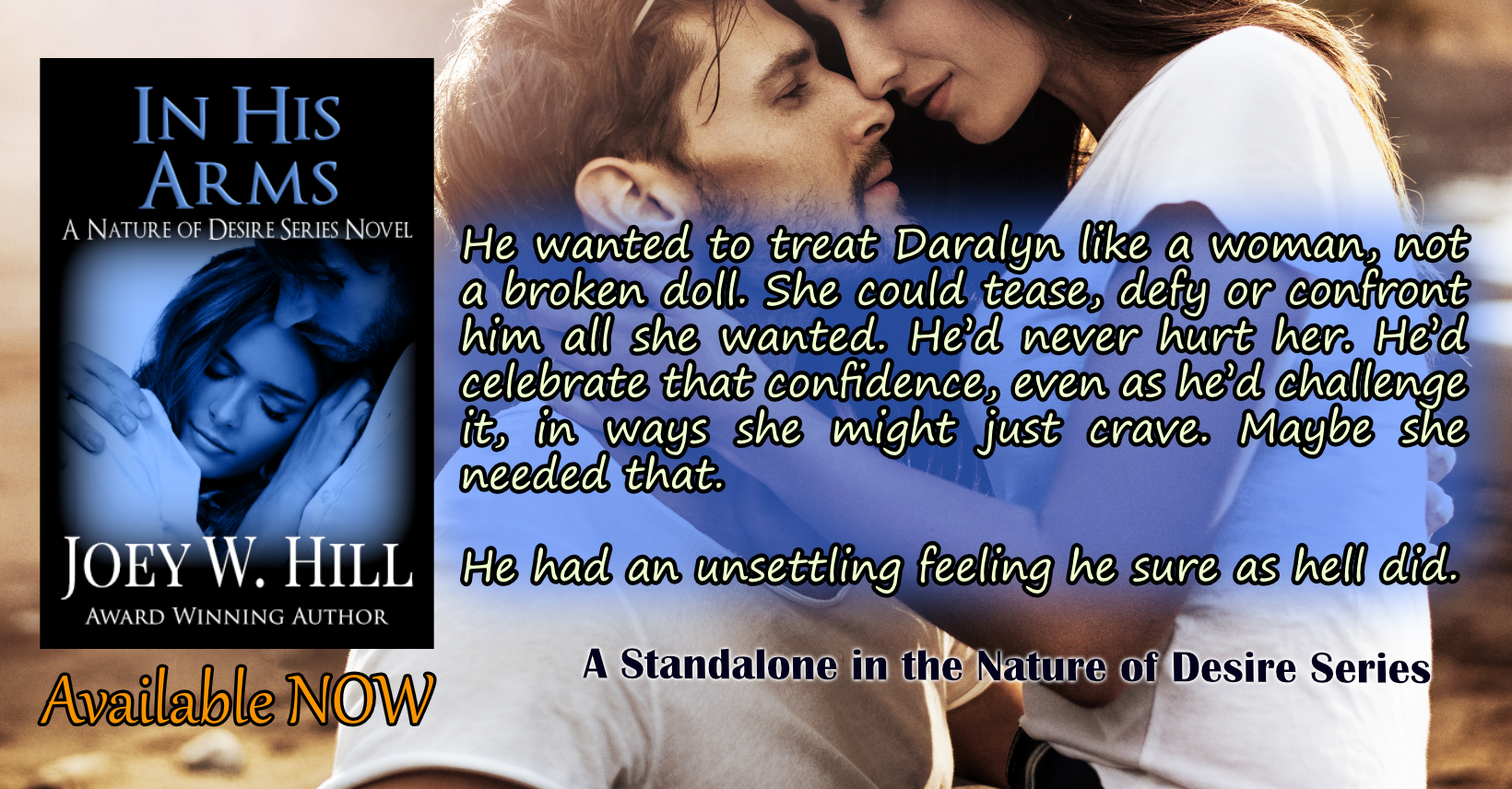 SUMMARY: A Dom paraplegic hero falls for a submissive heroine who’s been taught she’s not allowed to want…anything.

BLURB: Strength is in a man’s will, not his body…

Rory has grown up in a small North Carolina town. In high school, he was the popular football player. When he graduated, he saw himself running the general store his father started. Maybe eventually getting married to one of the pretty cheerleaders who liked him in school, having kids. His siblings can live big lives in big cities. He’s not that complicated.

Then an accident puts him in a wheelchair for the rest of his life. And Daralyn, a neighbor with a horrific past, comes to live with his family. Everything is suddenly a lot less simple. Because the way Rory wants her is keeping him up at night.

He wants her to belong to him. He wants to command her, protect her. Hell, he can barely say it to himself. He wants to dominate her. The craving is a primal drumbeat in the center of his soul.

How does he deal with that? Especially when her need to trust is so desperate, and her eyes are so full of hunger for what love should be. But he’ll figure it out. He’s going to make sure Daralyn finds everything she needs in his arms.

“Joey always brings you the beauty of the human heart and I love her for it. She writes hope.” – Bookbub Review 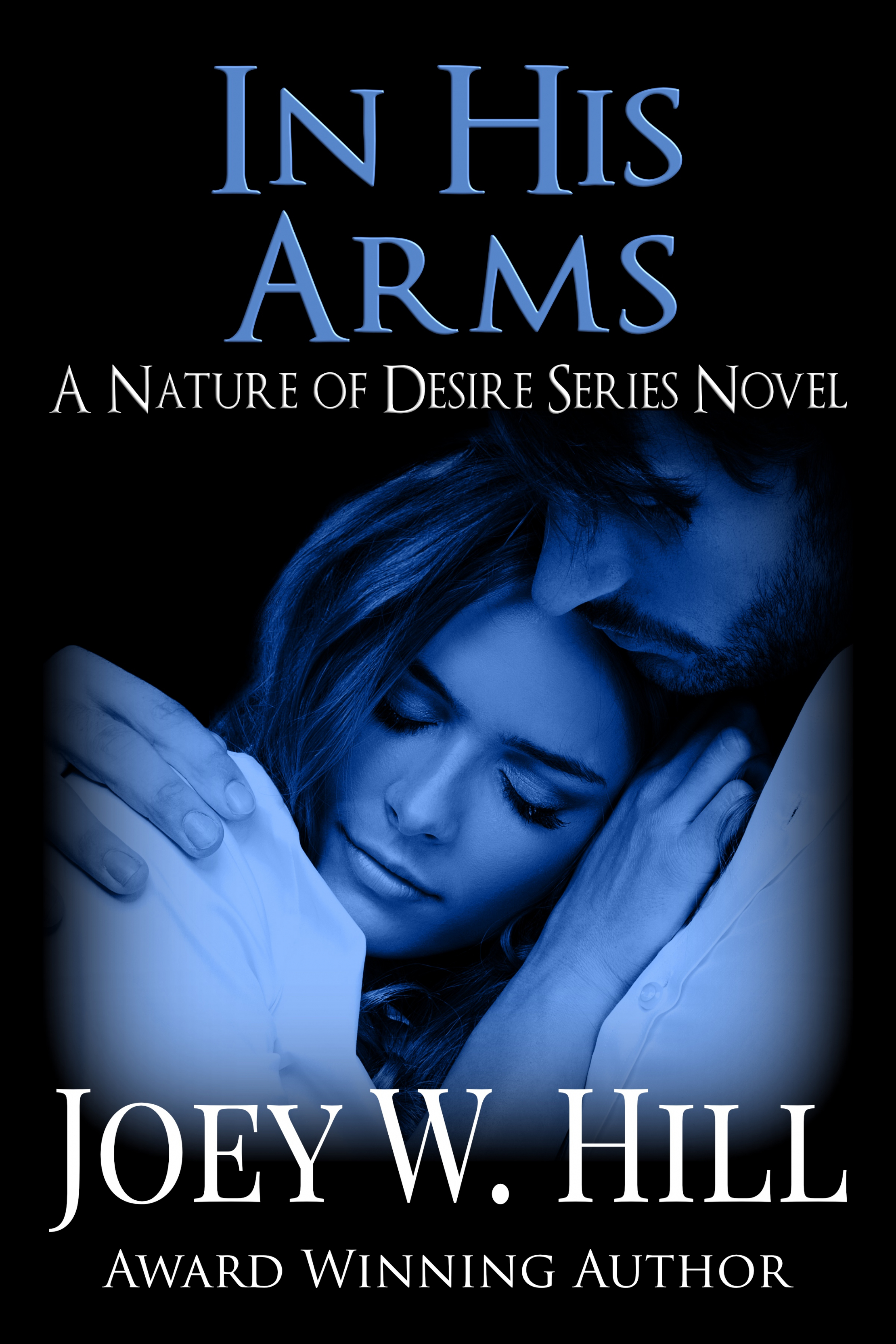 Slowly, Daralyn turned to face him. "You said that to tease me."

"Yeah.” Rory cocked his head. “It got you riled. A riled woman has a special light to her. My dad used to say that to my mom when she was getting worked up. It usually made her smile. Unless his timing was off, in which case she might swing a skillet at his head."

"Hmph." She moved to the sink, lifted the bottle of dish liquid.

But she’d already pivoted and squirted it, a strong blue stream that hit him mid-chest and would penetrate his shirt like cold fingers.

She’d done it so quickly, her impulsiveness hit her a beat after the fact, giving her a surge of near-terror and an inexplicable burst of laughter, captured somewhere under her breastbone. He put his hands on his push rims.

“Give me that bottle.”

She scampered in front of the table as he pursued, but she had to be quick. His current chair was designed for optimal maneuverability. Just like an experienced bike rider, an advanced wheelchair user like himself didn’t need the additional stability of wider or heavier equipment.

He gave her an amused look as she eyed it. “Really?”

His teasing was making her feel better about her anxiety over attending classes. He’d said he’d go with her. And if he went with her, she could do it. Maybe she should be ashamed about that. Or maybe she could trust him when he said that it was nothing to be ashamed of at all.

Her bed was between them. She considered her next move, which might be dashing over the top of it if he tried to come around, but then he took a different tactic. One she had a really hard time resisting, especially when the smile on his face gave way to something else. Something quiet and considering. Intent.

“Come here,” he said, holding out his hand.

When he used that tone, everything inside her became still. Thought and movement aligned, both focused on what he was telling her. That was happening more and more when she was around him.

She came out from behind the bed. He closed a hand around her wrist, above the bracelet he’d put on her earlier. “I should spank you,” he said quietly. “What do you think of that?”

She suspected he’d intended it to come out as more teasing, a joke. But her reaction wasn’t that way at all. Her stillness became a complete lack of motion, her breath held, while her heart thudded a little more powerfully and her fingers curved over his hold on her wrist.

She’d never been spanked. She’d only seen it on TV, a parent doing it to prove they cared about a child by offering discipline, structure, love. Thinking about that gave Daralyn an odd mix of feelings, emotional and physical. Her fingers had tightened further over his, and his gaze had heated. It moved from her fingers, up to her parted lips.

“I think you like the idea,” he said. “I know I do. You gonna squirt me with dishwashing liquid again?”

She felt unsteady on her feet, everything throbbing. “I don’t know. Maybe.”

“Wear a dress and leave your hair down,” he said. “Like you did for church last week."

Now he’d surprised her enough she ventured a question. "Why?"

He smiled a smile that didn’t reach his eyes. A whole lot of other things took up the space there as he looked at her. "Because during the service, the morning sun came through the windows. The light touched your hair and haloed you in different colors, like the angel you are.”

He tightened his grip, watched her lips part again. “I haven’t been able to stop thinking about it ever since."

Want to read the first three chapters free, which includes this section (where YES, he does spank her)? Download it with the easy BookFunnel link. 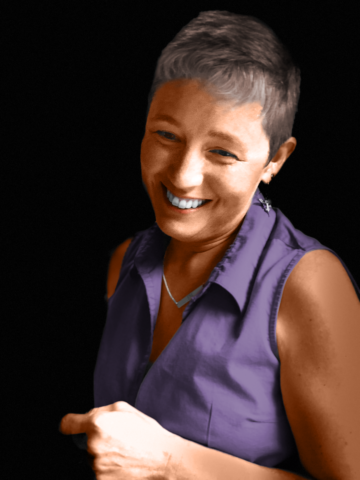