She has a penchant for finding trouble, but can she find love, too? 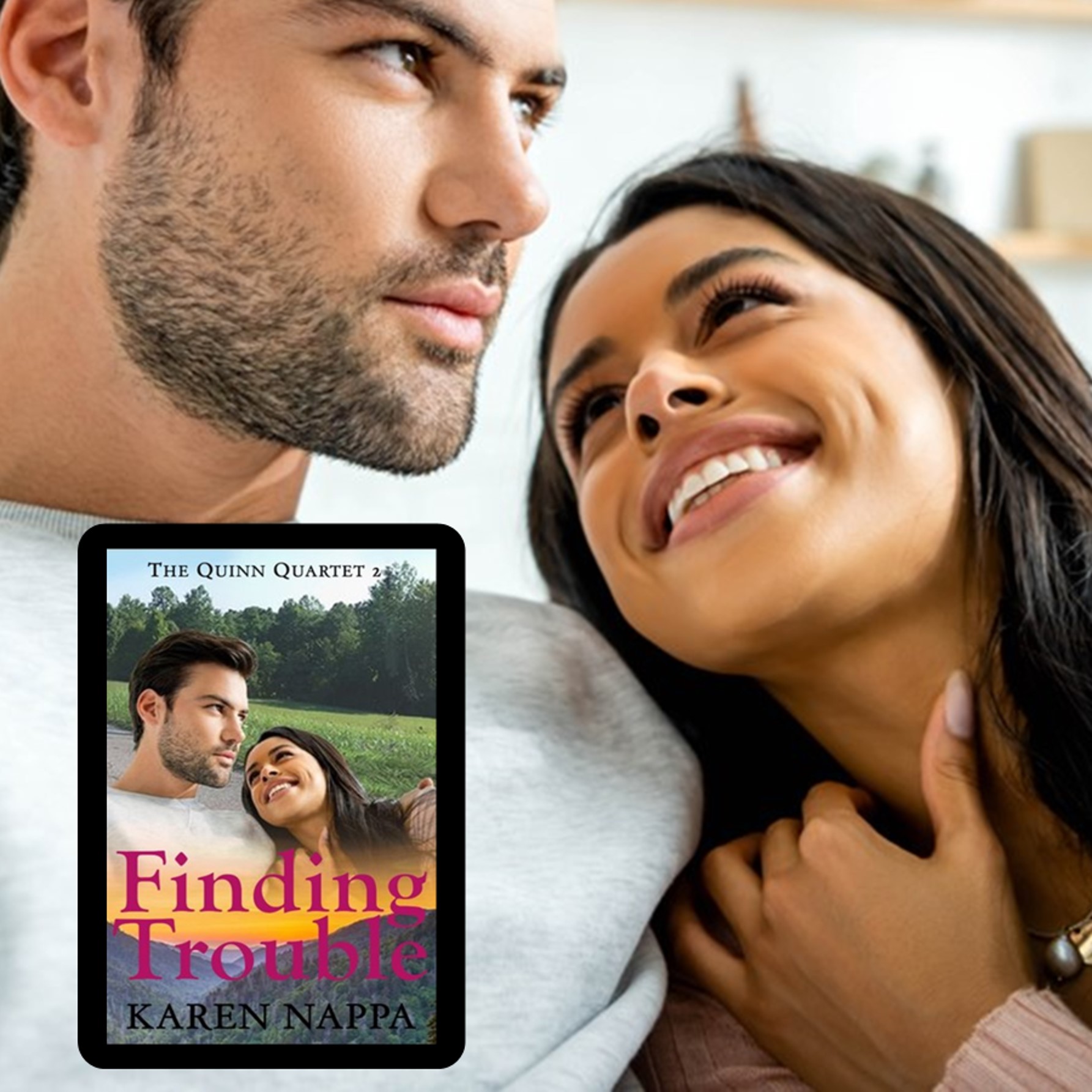 She has a penchant for finding trouble, but can she find love, too?

Don’t come looking for trouble… because it will find you

Maddy has been called a rebel and a troublemaker her entire life. Struggling to find her way in life under the watchful eyes of the domineering men in her family, she's known for taking risks.

Lou is back from twenty years of active duty. It left visible and invisible scars but honed his skills and sharpened his ingrained instinct to protect the weaker. On his return, he's prepared for Peaceful to be changed but he isn't prepared to meet his childhood best friend or how she makes his cock harden and his palm itch. His baby girl will rebel against him at every turn, but he's determined to keep her safe, well-satiated and her bottom thoroughly blistered so she has no choice but to accept him as her Daddy Dom.

Don't miss this friends-to-lovers small-town romance with a swoon-worthy Daddy Dom in uniform and a doctor who fought for her independence all her life. Although Finding Trouble is a complete romance novel we advise to start this series by reading Delving Deep first.

Maddy has been called a troublemaker and a tomboy all her life, and even now she's grown up she needs someone to keep her in check. How lucky deputy Lou doesn't back down from a challenge

“It seems to me you like the idea of being held accountable for your performance.” He stroked her cheek, both a reward for her and an indulgence for himself. “You don’t have a boss to answer to in real life.”

She huffed. “With my dad, it doesn’t feel that way.”

He grunted his understanding. “Ah, still looking over your shoulder, is he?”

Maddy sighed. “I guess he is. I… I don’t know. Our parents are involved with all of us but sometimes I have the feeling all the focus is on me. You know, by being the youngest and the only girl.” She gave him a wry smile. “The one stupid enough to follow in her daddy’s footsteps.”

She looked so sad and lost, and Lou couldn’t help himself. He pushed the papers aside and pulled Maddy on his lap. She stiffened for a moment before she relaxed against his chest. He murmured in her ear. “You know, baby-girl. I have the distinct impression you’re always trying to please others, healing people, and helping. Where does that leave little Maddy?”

“I’m not little.” She struggled against his arms surrounding her, but he tightened his hold.

“Stop.” He didn’t speak the word loud or harsh but infused it with enough command to have her still her attempts to break free. “Good girl.” The praise had her relax even more. He kept one arm around her in a grip both comforting and restraining, and patted her hair with the other. She leaned into his touch. There was so much they needed to discuss, but right now it might help them more if he would show her what he wanted.

Lou settled back on the sofa to an almost lying position with Maddy on top of him. He kept the long soothing strokes over the back of her head and shoulders and she snuggled into his chest – beloved brat. Her rebellion was only skin deep and beneath it lay a beautiful submissive, but could she be a little or was it wishful thinking on his part?

With her practically purring under his touch and against his chest, his mind entered Big space and when he spoke again his voice was a smooth baritone and soothing, “When I look at you, I see the gorgeous and mischievous child who climbed trees with me. I look at the daring young woman who took on those bullies who were picking on the smaller children when we were in tenth grade. I remember the beautiful little girl who shone at the Beverly Ann Johnson celebration.” He pressed a tender kiss to her temple.

“When I study you, I see a strong competent woman, too. Someone who is caring and giving, and hard-working.” She tipped her head back and pushed herself up on one arm against his chest. There was a challenge in her eyes and Lou wondered if she doubted his words. For all her bluster and bravado, Madeline wasn't as confident as she wanted the world to belief. He wanted to delve into this well of insecurity, but was distracted by her pouty lips within easy reach. He tightened his hand in her hair but touched her mouth with a gentle glide of his lips. She trembled and he lingered there for several gentle kisses.

The corners of his mouth tipped up when he pulled back and she tried to follow his mouth for more. “You can be that strong and independent woman in public and let little Maddy out to play when you’re with me. You wouldn’t have obligations or problems.” He kissed the tip of her nose and suppressed a laugh when she pouted prettily. “Let me take care of you, baby.”

He pressed her head against his chest and enjoyed how she fisted the fabric of his T-shirt. “Close your eyes.” He kept silent for a few beats, giving her time to comply before he continued praising her, “You are the most beautiful girl in the whole world. I love how your skin is so soft. How your hair is so kinky and shiny. I love you when you’re sweet and caring and I love you when you’re bratty and mischievous. I love how your body fits with mine, molds to it like you were made for me. You’re my special girl, aren’t you?”

She agreed by moving her head up and down against his pectoral muscles, and he rumbled his approval.

“I love your hair. It suits your character. It appears wild and unruly, but when I touch it’s all soft. I love the scent of your shampoo, not overly sweet but fresh with a hint of flowers.” His fingers massaged her scalp in soothing circles. “How do I smell?”

She traced patterns over his chest and when she answered her voice was tentative and a bit higher than usual, “um… like a rainforest – fresh and woodsy.” and she ended her sentence on a giggle. She seemed to be reacting to his Big and was entering her little space nicely.

He pushed. “Can you answer me with a ‘Yes, Daddy,’ my little troublemaker?”

She hesitated for a heartbeat or two before complying with the sweetest “Yes, Daddy,” he’d ever heard.

Will she be comfortable enough to let her inner child come out and play?